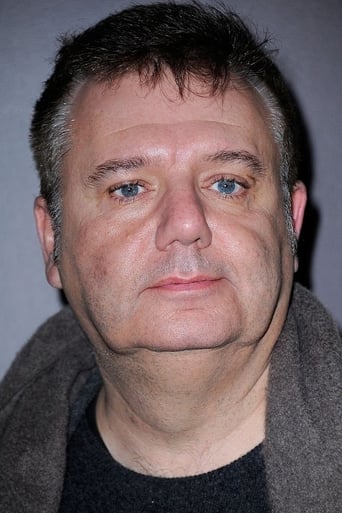 Christophe Bourseiller (born Christophe Gintzburger; born 27 September 1957 in Paris) is a French actor, writer, freemason and journalist. He began as a child actor and starred in Yves Robert's War of the Buttons (La Guerre des boutons) in 1962 on his debut. He made several appearances on stage in the late 1970s and early 1980s and again in 2005 and 2006. He was born as Christophe Gintzburger. His father, André Gintzburger called Kinsbourg (1923-2013), was a playwright and theater producer. His mother, Chantal Darget (née Marie Chantal Chauvet) (1934-1988), was an actress and the daughter of journalist Claude Darget. His mother subsequently married the director Antoine Bourseiller (of which Christophe adopts the surname as a stage name) and they had a daughter, the rejoneadora Marie Sara. From the age of four, he appears in cinemas in War of the Buttons, the film by Yves Robert. He then directed Jean-Luc Godard, Claude Lelouch, Jacques Demy and Pierre Jolivet. It is found in the credits of about thirty films, about twenty telefilms and on the poster of several plays. At the same time, he pursues a career as a writer, journalist, radio and television man. He has published thirty books on topics as diverse as: minority movements, political extremism, the against-culture, the industrial music and the new wave of the 1980s. Nearly a time of milieux of extreme left, it dedicates, in 1996, a work to the French Maoists entitled The Maoists: The Folle History of the French Red Guards. On the radio, he began by creating in 1981 the free radio Frequency arts and shows. On France Musique, he co-produced a weekly program, launched in 2005 and dedicated to avant-garde music: Electromania and animated the morning for two seasons from 2011 to 2013. On television, after having presented several programs since 1984, he becomes editorial advisor of the program Ce soir (ou jamais!) until July 2011. He also participates in a historic program L'Ombre d'un Doubt on FR3 on Wednesdays on two, hosted by the presenter Franck Ferrand. In 2001, he published a review of studies on the Situationist International, Éditions Denoël, Archives and Situationist Documents, five issues of which will appear until 2005. In 2009, he was behind the "Who Are You?" by Bourin Éditeur. Since 2003, he has taught at the Institut d'Etudes Politiques in Paris and at Sciences Po Lille. He is also preparing a PhD thesis at the Paris-1 Panthéon-Sorbonne University on Les Mouvements collaborationnistes français from June 1944 to December 1950 under the direction of Pascal Ory. Since childhood, Christophe Bourseiller has been collecting leaflets and propaganda documents. He entrusted thousands to the Institute of Social History in Amsterdam. He also collects, among others, rare and newspapers. In 2014, he participated in the second season of the program Les Pieds dans le plat on Europe 1 as a columnist. Since September 7, 2014, he also produces on Musique Musique the program Musicus Politicus, which deals with the links between music and politics. He is finally chronicler in La Bande originale, on France Inter. Source: Article "Christophe Bourseiller" from Wikipedia in english, licensed under CC-BY-SA 3.0.