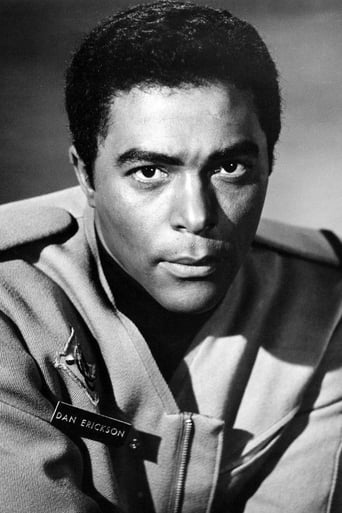 ​From Wikipedia, the free encyclopedia.   Donald James Marshall (May 2, 1936 - October 30, 2016) was was an American actor best known for his role as "Dan Erickson" in the television show "Land of the Giants (1968-1970)". He was one of four children and was schooled at San Diego High School. He was studying engineering between 1956 and 1957, and was encouraged to try acting by a friend, Peter Bren. Marshall was still in the army at this time. He studied acting at the Bob Gist Dramatic Workshop, while studying Theatre Arts at Los Angeles City College. Marshall has provided consultation on matters connected with his work and with racial issues, and has received an award for "Outstanding Achievement in his field as a Black Achiever in the United States". Description above from the Wikipedia article Don Marshall (actor), licensed under CC-BY-SA, full list of contributors on Wikipedia.