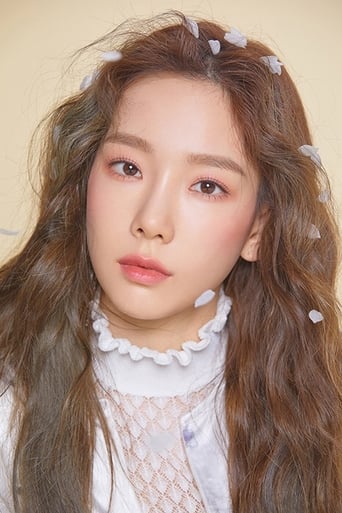 Kim Tae-yeon (Hangul: 김태연; born March 9, 1989) is a South Korean singer and actress and member of Girls' Generation. At an early age, she came to believe that her first and only talent was singing, and was eager to hone her gift in order to pursue a career in music. While in middle school, she began taking voice lessons through a school affiliated with a major music firm, S.M. Entertainment. After winning a talent competition among the school's students in 2004, Taeyeon was offered a contract with S.M., and following grueling training in music and stagecraft, she was made a member of S.M.'s all-female pop group Girls' Generation in 2007. With the release of the song "Gee" in 2009, the group became famous in South Korea and expanded their fan base into Japan and the United States. As their popularity rose, Taeyeon was increasingly seen as their key member, and she was soon appearing on television specials and stage presentations apart from her bandmates. She was also the focus of two spin-off acts: TTS, launched in 2012, teamed her with fellow Girls' Generation members Tiffany and Seohyun, and she joined the lineup of S.M. the Ballad, a vocal group that focused on ballads and traditional standards, in 2014. As Taeyeon's star continued to rise, she launched her solo career in 2015 with an EP titled I. The EP was one of the year's top-selling releases, and February 2017 saw the release of her long-awaited first solo album, My Voice. She closed the year with a holiday album, This Christmas - Winter Is Coming. Her sophomore full-length, Purpose, arrived in October 2019 and included the hit single "Four Seasons." The album reached number two in South Korea and cracked the Top Ten on the Billboard's World Albums chart. Her fourth Korean-language EP, What Do I Call You, arrived in December 2020.