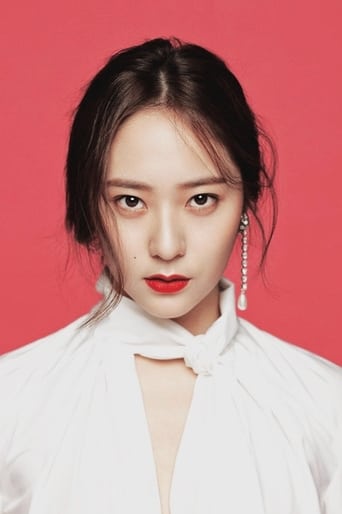 Jung Soo Jung (Hangul: 정수정; born October 24, 1994) but better known as Krystal, is an American-born South Korean idol singer and actress. Discovered by SM Entertainment in 2000, she began filming for commercials and music videos by 2002. She is currently a member of the Korean quintet girl group f(x), formed by SM Entertainment in 2009. Krystal was born in San Francisco, California, where her family from South Korea settled in the 1980s. During a family trip to South Korea in early 2000 when Krystal was five, she was spotted by talent agency SM Entertainment, which earned her a cameo appearance in Shinhwa's "Wedding March" music video. The agency saw potential in Krystal and offered her singing and dancing lessons, opting to professionally train her in a singing career. However, the offer was turned down by her parents, reasoning that Krystal was too young. Instead, her parents allowed her older sister Jessica Jung to join the agency, who debuted as a member of the girl group Girls' Generation in August 2007. In 2002, Krystal began appearing in television commercials. She first appeared in a Lotte commercial with Korean actress Han Ga In. In 2006, her parents allowed her to join SM Entertainment, and the agency enrolled her in dance classes, including hip hop and jazz. According to an exclusive media outlet report on August 18, Krystal has decided to part ways with her agency, SM Entertainment.