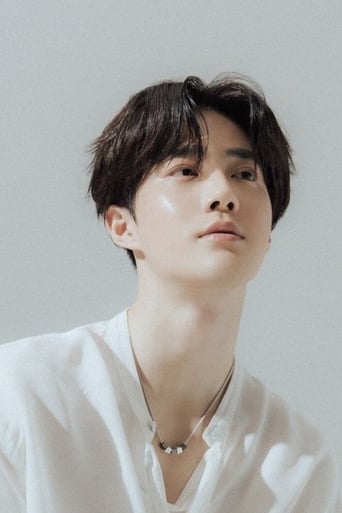 Kim Jun-myeon (Korean: 수호; born May 22, 1991), better known by his stage name Suho (meaning "guardian" in Korean), is a South Korean singer, songwriter, and actor. He is the leader and one of the lead vocalists of the South Korean-Chinese boy group EXO and its sub-unit EXO-K. He was an active student and earned good grades during grade school. He was the class president at his primary school and the vice chairman at his high school. In 2006, at age 16, he was discovered through SM Entertainment's street casting system, becoming the first member of EXO to enter SM as a trainee. In 2007, Suho was cast as an extra in the Super Junior film, Attack on the Pin-Up Boys, and in 2008, he made a brief appearance in TVXQ's music video, "HaHaHa Song" with fellow EXO bandmates Kai and Chanyeol. Suho was cast as the lead in the Christmas movie Saving Santa, dubbing the voice of the main character Bernard, along with A-Pink's Jung Eunji and Shin Dong-Yeob. On February 15, 2012, Suho was introduced as the tenth member of EXO. Pursuing a degree in acting, he currently attends Korea National University of Arts and is ranked in the top 50 of 400 students at the school. He enjoys listening to funk-rock and has expressed his admiration for Super Junior's leader, Leeteuk, and TVXQ's leader, U-Know Yunho. He debuted as a soloist on March 30, 2020, with the release of his EP, Self-Portrait. Outside of his musical career, Suho has also starred in various television dramas and movies such as One Way Trip (2016), The Universe's Star (2017), Rich Man (2018), Middle School Girl A (2018), and How Are U Bread (2020).