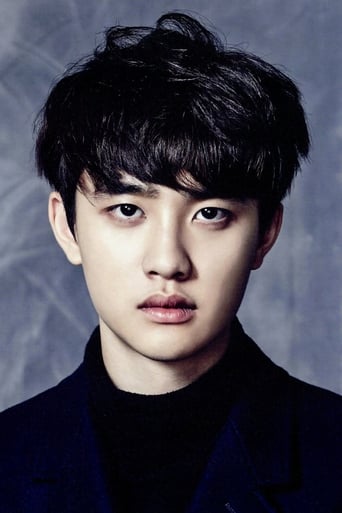 Do Kyung-soo (Korean: 도경수; born January 12, 1993), who is instantly recognizable by his professional alias, D.O. is a well-known South Korean K-pop and R&B singer and actor. He gained nationwide popularity and fame when he was officially inducted into EXO, a Seoul-based Korean-Chinese boy band. He gradually entrenched his position by becoming one of the main vocalists of this K-pop music group. Besides making his mark as a singer, Kyung-soo has also made his presence felt on the small screen and silver screen by appearing in numerous films and TV serials. D.O. displayed a passion for singing while he was still a child, performing in his primary school’s singing meets. He also participated in local and regional singing competitions all through his academic career. At the age of 17, D.O. took part in a neighborhood singing fest where he emerged as the winner following which he was suggested to appear in an audition organized by S.M. Entertainment. His auditioning at S.M. Entertainment where he performed two songs was immensely successful, and afterward, he joined the South Korean entertainment enterprise as a trainee. After passing out of high school and completing his internship at S.M. Entertainment, D.O. auditioned effectively to become a vocalist of EXO. Other than this, he has also starred in various television dramas and movies such as It's Okay, That's Love (2014), Cart (2014), Unforgettable (2016), My Annoying Brother (2016), Positive Physique (2016), Room No.7 (2017), Underdog (2018), 100 Days My Prince (2018), Along with the Gods, and Swing Kids (2018), and his upcoming film, The Moon (2021).