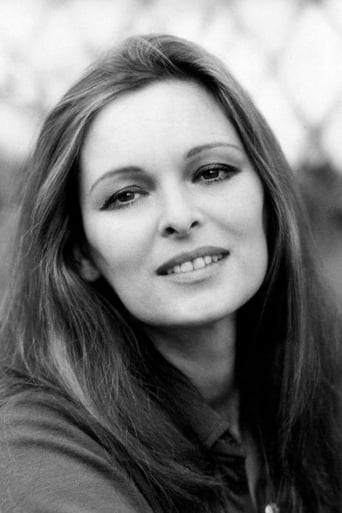 Bosè was born in Milan, Italy, the daughter of Francesca Bosè and Domenico Borloni. After a number of years working in a bakery, Pasticceria Galli, in her native city, in 1947 she won the second edition of the Miss Italia beauty contest. Later, she acted in Dino Risi’s short The Five Days of Milan, then in 1950, she made her big screen debut in Giuseppe De Santis’ Non c'è pace tra gli ulivi (No Peace Under the Olive Tree). The same year, she gave a performance as Paola Molon in Antonioni's Cronaca di un amore. In 1953, Michelangelo Antonioni asked her to play Clara Manni in La signora senza camelie and Juan Antonio Bardem cast her in the lead of Muerte de un ciclista (1955). She also appeared in the 1955 film Gli Sbandati and played the main female role in Luis Buñuel's Cela s'appelle l'aurore (1956). Her career flourished until 1955, when she fell in love with Spanish bullfighter Luis Miguel Dominguín during the filming of Muerte de un ciclista, and gave up acting to marry and raise a family. The couple married twice, first on 1 March 1955 in Las Vegas and then on 19 October of that year, in a Catholic ceremony at the family estate or finca. Dominguín returned to the bullfighting arena abroad, and their first child, Miguel Bosé, was born in Panama on 3 April 1956. Their second child, Lucia, was born in 1957 and their third, Paola, was born in 1960. Lucia and her husband were married until 1968, but their differences were accentuated over time, especially her lack of interest in bullfighting. She never became close to the "Dominguín" clan, and his marital infidelities also took their toll. In 1960, she took a small uncredited role in Jean Cocteau's film Le testament d'Orphée, ou ne me demandez pas pourquoi!. Then, after divorcing Dominguin, she returned full-time to the screen, appearing in Fellini's Fellini Satyricon (1969) and starring in the Taviani Brothers' Under the Sign of Scorpio (1969), Mario Colucci's Something Creeping in The Dark (1971), Liliana Cavani's L'ospite (1972), Giulio Questi's Arcana (1972), Marguerite Duras' Nathalie Granger (1972), Beni Montresor's La messe dorée (1975), Jeanne Moreau's Lumière (1976) and Daniel Schmid's Violanta (1976). She continued to be active in both Italian and Spanish films, appearing in Francesco Rosi's Cronaca di una morte annunciata (1987), Agustí Villaronga's El niño de la luna (1989), Ferzan Özpetek's Harem Suare (1999) and Roberto Faenza's I Viceré (2007).