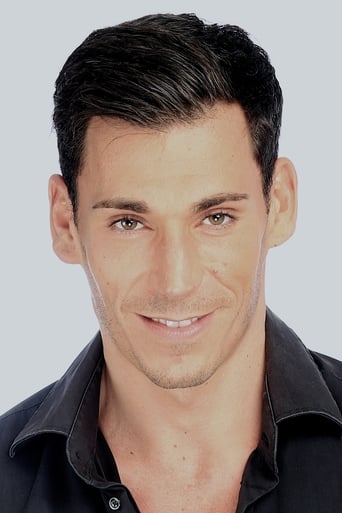 Biography Manel Soler is an actor, martial artist and writer from Barcelona, Spain. A first-dan black belt in Hapkido and TaeKwonDo with a specialty in Brazilian Jiu-Jitsu, Muay Thai and Mixed Martial Arts, Manel has been an aspiring martial artist since the age of 11. For ten years of his life, Manel's training eventually led him in the company of some very important people, working various types of jobs protecting people, from bouncer to personal bodyguard, until one day he decided it was no longer for him. Eventually, he sold his car and flew to Thailand to pursue a career in competitive fighting, where his career would have remained lucrative until a near-deadly incident with a greedy, machete-wielding cab driver nearly took his life in 2009. And although Manel prevailed, his injuries cost him his fighting career. As time passed with recovery, Manel had the good fortune of bumping into Jaika Stunts founder, veteran stunt performer and stunt coordinator Kaecha Kampakdee, whose most notable stunt and choreography credits include Daniel Bernhardt's acting debut - Bloodsport 2, Tony Jaa's sequelized epic thriller, Ong Bak 2 and Bollywood actor Allu Arjun's Iddaramayilatho. And upon his crossing of paths with Kampakdee, the rest would soon fall into place, with Manel working on a number of films doing stunt work and other small acting roles, including Iddaramayilatho and the comedic Hollywood hit, The Hangover 2 directed by Todd Philips, to name a few. As of 2015, Manel is currently working on what he hopes to be his first-ever feature lead role based on the previously-shot shortfilm, Portrait Of An Angry Man, shot by cinematographer Kimbo Kim and Italian writer/director Joe Petrosino. Filmed about four years ago, Manel strongly considers Portrait Of An Angry Man, a "lovely experience" that fully embedded him as an actor. "Without a doubt, I can say that this is the project that made me fall in love with acting and film making as I was involved all the way from the start to finish."he says. "It is what made me realize how beautiful it really is to make a movie, or shortfilm in this case." Manel Soler will also be seen in the upcoming film, A Man Will Rise, which is still pending release. In addition, Manel Soler has worked with stunt coordinator Brett Chan on actor Nicholas Cage's 12th century romantic war epic, Outcast, with co-stars Hayden Christensen (Star Wars Episode 2 & 3, Jumper) and Crystial Liu (The Forbidden Kingdom, The Four) under veteran stunt coordinator Nick Powell (The Last Samurai, The Three Musketeers) making his directorial debut. Manel has also worked with Tony Jaa (Ong Bak Trilogy, Fast & Furious 7) and veteran actors and martial artist Dolph Lundgren (Expendables trilogy, Universal Soldier, Rocky IV), Michel Jai White (The Dark Knight, Spawn, Blood and Bone) and Golden Globe winer Ron Perlman (Hellboy 1,2, Drive) in the 2015 action thriller, Skin Trade. On another, more personal note, Manel Soler has expressed his own fortitude, looking back on his life with resolve with the philosophy that everything that happened, from body-guarding and security, to an incident that nearly cost him his life, has happened for a reason.  Written By: Lee B Golden