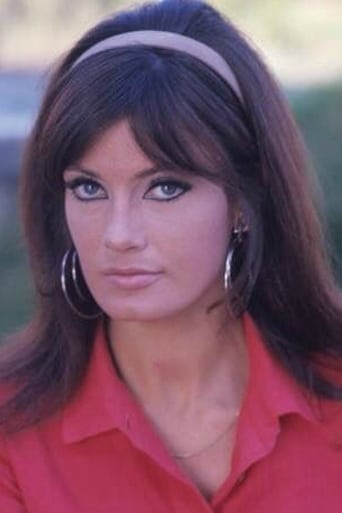 From Wikipedia, the free encyclopedia. Marisa Mell (24 February 1939 – 16 May 1992) was an Austrian actress who became a cult figure of 1960s Italian B-movies. She was born as Marlies Theres Moitzi in Graz, Austria. In 1963, she was involved in a violent automobile accident in France. For six hours, she lay unconscious, unaware that she nearly lost her right eye. The disfigurement extended to her lip as well. She spent the next two years undergoing plastic surgery, and no damage remained in her face, except for a distinctive curl of her upper lip. She turned down a seven-year Hollywood contract, saying that while the payment would have been great, "the contract was a whole book. I think that even to go to the toilet I would have needed a permission." In 1967, she performed the title role in the "utterly calamitous" musical Mata Hari alongside Pernell Roberts. After a preview performance in Washington, D.C. that became infamous for its numerous technical problems, producer David Merrick decided to close the production before its scheduled Broadway run. She is best known for the role of Eva Kant in Danger: Diabolik (1968). In the late 1990s, the television show MST3K brought the actress to a new generation of B-movie viewers when the film was featured on an episode. The show also spoofed another of her starring roles in the film Secret Agent Super Dragon. She died in Vienna from throat cancer in 1992, aged 53. Description above from the Wikipedia article Marisa Mell, licensed under CC-BY-SA, full list of contributors on Wikipedia