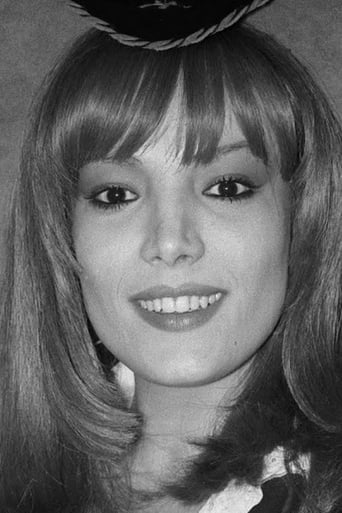 Actress (b. Valladolid, Spain, Dec. 3, 1953). After having studied simultaneously Philosophy and Art and Speech (both careers remained unfinished), she became a household name overnight as one of the pretty and "bespectacled" hostesses of the top-rated TV contest "1, 2, 3, Responda Otra Vez", where she popularized what was going to be her early screen persona: platinum blonde-dyed hair, provocative ways and a sensuality always ready to break out. She made her film debut in 1972, at 19, and acquired an enormous popularity thanks to her tremendous sex-appeal and a clever promotion campaign that exploited a certain similarity between her looks and those of the late Marilyn Monroe to the extent of making a successful movie named precisely "The New Marilyn" (1976). She kept this image for a while (especially in her spectacular TV appearances in the mid-70s), but eventually got tired of it and decided to cut off her hair completely (she did it herself with a pair of scissors borrowed from a filming kit) and let it grow its natural dark colour again. Blonde or brunette, Lys grabbed a long string of femme fatale roles in films of each and every genre (thrillers, comedies, dramas, westerns, etc.) and turned into some kind of domestic myth at that time. (She also had the advantage of owning a fine diction that matched her thought-provoking voice perfectly, so, unlike some other actresses of that era, she didn't need to be dubbed.) Anyway, after leading her bold image one step further in the late 70s, she decided to stop making films and concentrate on her theatrical work, that she had started in 1973 playing Dª Inés de Ulloa in Zorrilla's "Don Juan Tenorio" with her own company. In the 1980s she focused her activity on recording music (which she did with real gusto and vocal dexterity), performing in both musical shows and dramatic or comic plays in which she displayed an image far removed from the one that shot her to fame and even making more sporadic appearances on TV (playing, for example, a splendid Portia on a small-screen adaptation of Shakespeare's "The Merchant Of Venice"). The late 80s saw her returning to the movies and scoring some films of uneven success and quality, although she has always risen to the occasion. In any case, she is still an underestimated actress, though she has proved capable of giving such amusing characterizations as that of "Avisa A Curro Jiménez" (1978), where she seemed almost unrecognizable. Now she leads a rather reclusive life when not working (in contrast to the antics and eccentricities of her early career) and, although she has never married, she enjoys a very stable relationship with Fernando, her partner of some 20 years. Hers is really one of those examples of body-with-a-brain-on-top-to-match, and hopefully she will still be around for a large number of years. - IMDb Mini Biography By: alberto mallofré