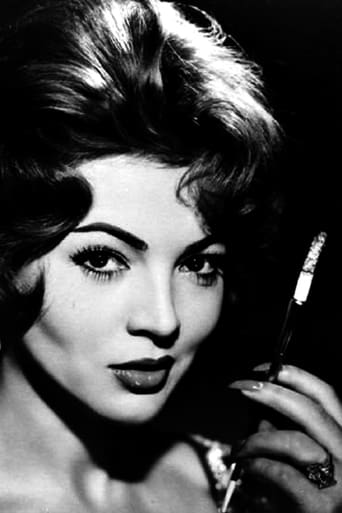 From Wikipedia, the free encyclopedia Sara Montiel (also Sarita Montiel or Saritísima; 10 March 1928 – 8 April 2013) was a Spanish singer and actress. She was a naturalized citizen of Mexico. Montiel was born in Campo de Criptana in the region of Castile–La Mancha in 1928 as María Antonia Abad (complete name María Antonia Alejandra Vicenta Elpidia Isidora Abad Fernández). After her work in Juan de Orduña's El Último Cuplé in 1957, Montiel worked in Europe, Latin America and United States. Montiel's film Varietes was banned in Beijing in 1973. Her films El Último Cuple and La Violetera netted the highest gross revenues ever recorded for films made in the Spanish speaking movie industry during the 1950s/60s. She played the role of Antonia, the niece of Don Quixote, in the 1947 Spanish film version of Cervantes's great novel. She was portrayed in the Pedro Almodóvar film Bad Education by a male actor in drag (Gael García Bernal) as the cross-dressing character Zahara, and a film clip from one of her movies was used as well.