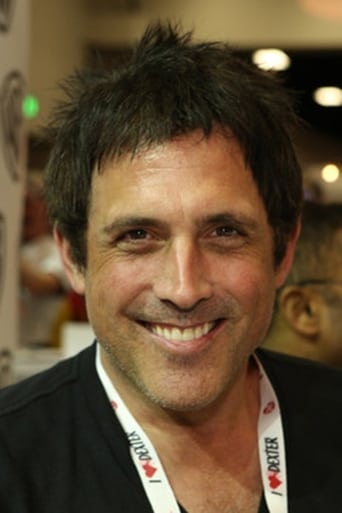 Joel Howard "J. H." Wyman (born January 5, 1967) is an American-born Canadian actor, producer, screenwriter and director. He is known for his role in various Canadian and U.S. shows and films, including Billy K.(William Kramer) in Catwalk, Cory Robbins in Pacific Palisades and Lyle Springer in Sirens. Wyman created the short-lived Fox TV show Keen Eddie. He then worked on the FOX science-fiction series Fringe, as an executive producer, writer, director and showrunner. In 2013, Wyman wrote and produced the feature film, Dead Man Down. Wyman is the creator, executive producer and showrunner of the FOX science-fiction series Almost Human. Life and career Wyman was born January 5, 1967 in Oakland, California, but grew up in Montreal, Quebec. He left for Toronto to pursue an acting career and later attended the American Academy of Dramatic Art in Los Angeles, California. He now has established a career both in front of and behind the camera. His first movie role was in Prom Night IV in which he played Mark opposite fellow co-star Nicole de Boer with whom he later worked with again in the series Catwalk. In addition to appearing in films, he has also had some notable roles in popular shows including, Kung Fu: The Legend Continues, Lonesome Dove: The Series, and Counterstrike. Joel also appeared in the second season of Highlander: The Series as Immortal Gregor Powers. Wyman is perhaps best known for his role as Lt. Lyle Springer in the series Sirens, and he later appeared in the short lived soap Pacific Palisades in 1997 but left the show after six episodes. He wrote and produced the 2001 film The Mexican.