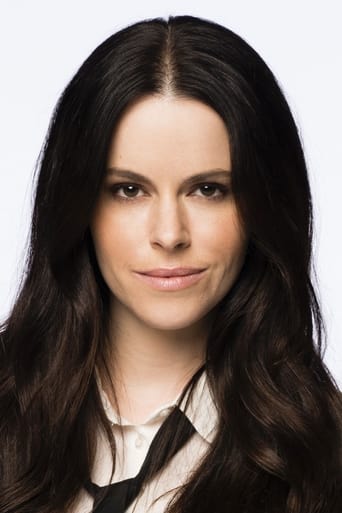 From Wikipedia, the free encyclopedia. Emily Hampshire (born August 29, 1981 in Montreal, Quebec) is a Canadian film and television actress. She is most widely known to international audiences for her role as Angelina to Sean Astin's Michael in the 1998 romantic comedy Boy Meets Girl, and Vivienne in the 2006 film Snow Cake, in which she starred opposite Sigourney Weaver and Alan Rickman. Having been professionally active in the Canadian film and TV industry since 1996, Hampshire is also notable for her role as Siobhan Roy on Made in Canada. More recently, she has starred in the Canadian series This Space For Rent, Carl² and Northern Town. She also starred alongside Kevin Zegers and Samaire Armstrong in the 2006 romantic comedy It's a Boy/Girl Thing, in which she played the character Chanel. She played Margaret in The Life Before This, a feature film directed by Jerry Ciccoritti, which premiered at the Toronto International Film Festival in 1999. She also voiced Starr/Nebula on the Animated Canadian sitcom 6Teen. Most recently, she appeared in The Trotsky as Leon's love interest Alexandra and in the Canadian Indie film, Good Neighbours as Louise. Hampshire has also done voice-acting, voicing the character Misery on the animated series Ruby Gloom, Diana Barry in "Anne of Green Gables: The Animated Series" and Alyson Malitski in Braceface. Description above from the Wikipedia article Emily Hampshire, licensed under CC-BY-SA, full list of contributors on Wikipedia.