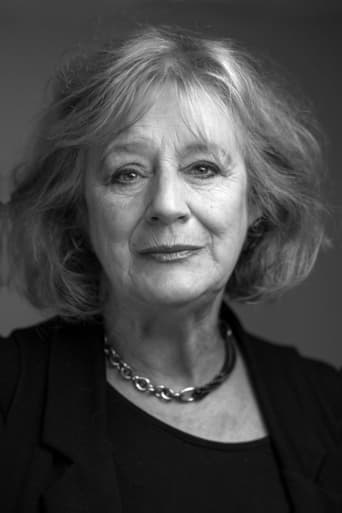 Maggie Steed (born Margaret Baker; 1 December 1946) is an English actress and comedian. She has worked on the stage, and has performed with the Royal National Theater and Royal Shakespeare Company and as a comedian. Her first major television role was playing Rita Moon in the series Shine on Harvey Moon. She played Margaret Crabbe in Pie in the Sky and Phyllis Woolf in Born and Bred. Her television credits include appearances on Fox, Minder, Sensitive Skin and Jam and Jerusalem. [From Wikipedia]