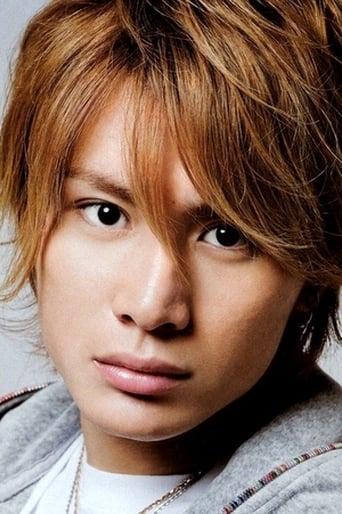 Yasuda entered Johnny & Associates in 1997 together with fellow members Ryo Nishikido and Tadayoshi Ōkura. Also at the audition was Ryūhei Maruyama. As a result, these members have been close friends for a long time during their Kansai Jr days even before Kanjani8 was formed. Yasuda's application had been sent in by his older sister. In it, she had written that Yasuda's specialty was that he could "do anything" (nandemo dekiru). In 1999, Yasuda was chosen to be a guitarist for V.WEST. The Kansai Jr band was popular among Jr fans and had its own show Shuukan V.WEST (Weekly V.WEST) on Kansai TV. On the show, the members usually take part in challenges where they have to pick up a new skill and exhibit it at the end of the show. During this time, true to his sister's claim, Yasuda excelled and first earned his nickname "Nandemo dekiru-ko" (The kid that can do anything). After V.WEST's first live at Zepp Osaka in 2001, Yasuda and fellow remaining members, Hiroki Uchi (vocalist) and Ryūhei Maruyama (bassist) were absorbed to form a new Kansai Jr unit Kanjani8 in 2002. The new unit took over An 8th member, Tadayoshi Ōkura, was added and assigned to the drums as V.WEST's drummer had left Johnny's.