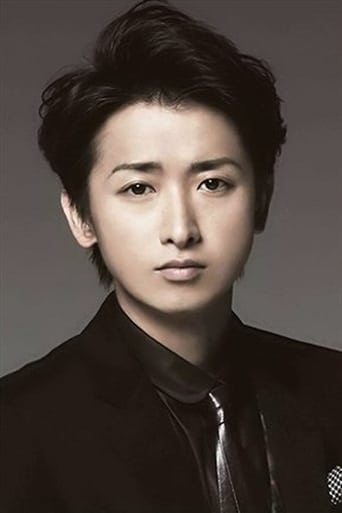 Satoshi Ohno (大野 智 Ōno Satoshi, born November 26, 1980) is a Japanese idol, singer, actor, radio host, dancer and choreographer. He is the lead vocalist and leader of the boy band Arashi, hence his nickname Leader (リーダー Rīdā). Ohno began his career in the entertainment industry when he joined the Japanese talent agency Johnny & Associates in 1994 at the age of 13. He started an acting career in 1997 when he was cast to be part of the stage play Kyo to Kyo. In 2008, Ohno became the first and the only artist from Johnny's to hold his own art exhibition, titled "Freestyle", and also received his first starring role in a Japanese television drama, Maou, for which he earned a handful of Best Actor awards. Since then, he has continued to star in numerous dramas and movies, receiving a number of awards and nominations for his roles. For his work as an artist, a singer, and an actor in Kaibutsu-kun the Movie, Ohno became one of the recipients of GQ Japan's Men of the Year Award in 2011.