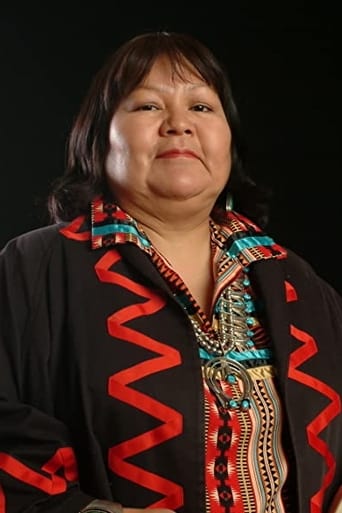 From Wikipedia, the free encyclopedia.   Geraldine Keams (born August 19, 1951 in Flagstaff, Arizona) is an American actress. She is best known for her work in numerous television series often playing a motherly role. She is a member of the Navajo Nation. She guest starred in the television series, Dharma and Greg as a sweat-lodge medicine woman. She made her debut in the 1976 Clint Eastwood western The Outlaw Josey Wales as Little Moonlight. In recent years, she is also a successful stage actress and storyteller, taking part in children's plays about Indian legends. Description above from the Wikipedia article Geraldine Keams, licensed under CC-BY-SA, full list of contributors on Wikipedia.