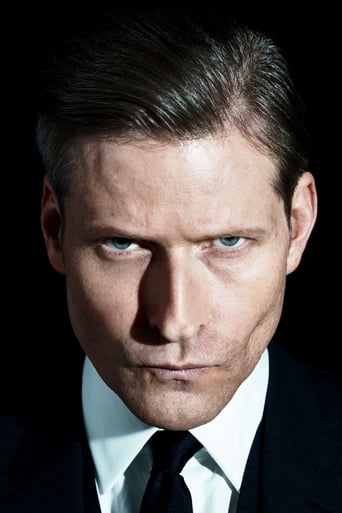 Crispin Hellion Glover (born April 20, 1964) is an American film actor, director and screenwriter, recording artist, publisher and author. Glover is known for portraying eccentric people on screen such as George McFly in Back to the Future, Layne in River's Edge, unfriendly recluse Rubin Farr in Rubin and Ed, the "Creepy Thin Man" in the big screen adaptation of Charlie's Angels and its sequel, Willard Stiles in the Willard remake, The Knave of Hearts in Alice in Wonderland, and as Phil in Hot Tub Time Machine. In the late 1980s Glover started his company, Volcanic Eruptions, which issues his books and also serves as the production company of Glover's films, What Is It? and It is Fine. Everything is Fine! Glover tours with those films and plans to film more at the property he owns in the Czech Republic. Description above from Wikipedia, licensed under CC-BY-SA, full list of contributors on Wikipedia.