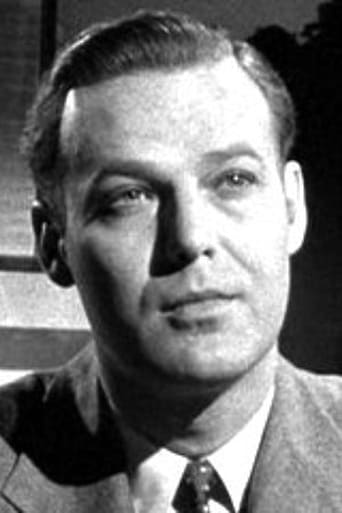 Charles Darwin Cooper was an American actor who has played a wide variety of television and film roles for more than a half century from 1950 to 2001. On Broadway, Cooper appeared in The Winner (1954) and All You Need Is One Good Break (1950). In 1958, Cooper played the outlaw Tate Masters in the episode "Twelve Guns" of NBC's western television series Cimarron City with George Montgomery and John Smith. In 1959, he played a gunfighter, Jack Rollins, in the episode "The Visitor" of Lawman, an ABC/Warner Brothers Television western series. He was cast as Matt Yordy in the 1961 episode "Honest Abe" of Chuck Connors' The Rifleman. Cooper made four guest appearances on Perry Mason, including the role of murderer Philip Strague in the 1958 episode, "The Case of the Buried Clock." His final appearance in 1962 was as Ben Willoughby in "The Case of the Poison Pen-Pal." Cooper is perhaps best remembered for his appearances in Star Trek related roles. He played the Klingon Chancellor K'mpec in Star Trek: The Next Generation episodes "Sins of the Father" and "Reunion" and the Klingon General Korrd in Star Trek V: The Final Frontier. His other film roles included appearances in the Alfred Hitchcock film The Wrong Man (1956), A Dog's Best Friend (1959), the comedy Valet Girls (1987), and the action film Blind Fury (1989) starring Rutger Hauer.