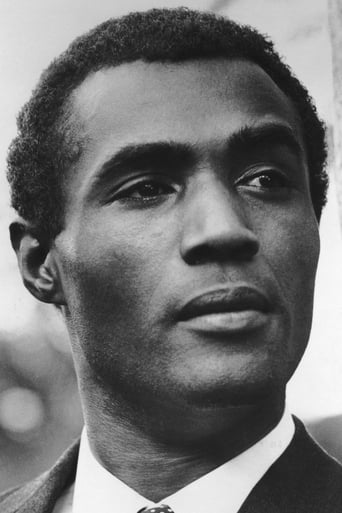 From Wikipedia, the free encyclopedia Calvin Lockhart (born Bert Cooper; October 18, 1934 – March 29, 2007) was a Bahamian-American actor on stage and in film. He was best known for the role of a big time gangster "Biggie Smalls" in the 1975 film Let's Do It Again, not to be confused with the deceased rapper Biggie Smalls. Christopher Wallace took the alias from Lockhart's character before a lawsuit forced Wallace to change it to Notorious B.I.G. Calvin Lockhart was survived by his wife Jennifer L. Miles and sons Leslie Cooper (deceased 2009) and Julien Lockhart Miles. Description above from the Wikipedia article Calvin Lockhart, licensed under CC-BY-SA, full list of contributors on Wikipedia.

Born:
Oct 18, 1934 In Nassau, Bahamas
Movie/TV Credits:
32
First Appeared:
In the movie Every Nigger Is a Star
Latest Project:
Series Get Christie Love! 2022