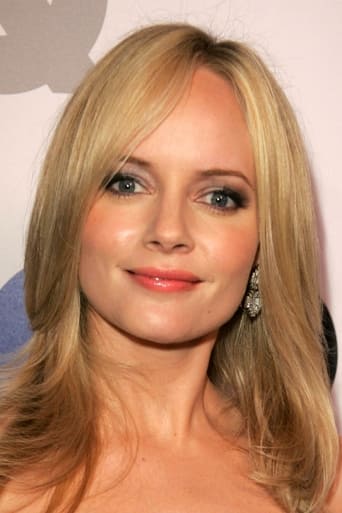 Marley Eve Shelton (born April 12, 1974) is an American film and television actress. Shelton began her acting career in her late teens, and appeared in several 1990s' television movies and shows. She made her film debut in the critically acclaimed drama Grand Canyon (1991), and was cast in the films The Sandlot (1993), Nixon (1995), and Warriors of Virtue (1997). Shelton subsequently appeared in Pleasantville (1998) and Never Been Kissed (1999). In 2001, Shelton had her first starring role in the black comedy Sugar & Spice, and appeared as one of the main characters in the teen horror film Valentine. Shelton then appeared, playing supporting roles in the films Uptown Girls (2003), Sin City (2005), and The Last Kiss (2006). She had a significant role in the double-feature film Grindhouse (2007). In 2009, Shelton starred in A Perfect Getaway and (Untitled), and subsequently had a role in Scream 4 (2011). Description above from the Wikipedia article Marley Shelton, licensed under CC-BY-SA, full list of contributors on Wikipedia.