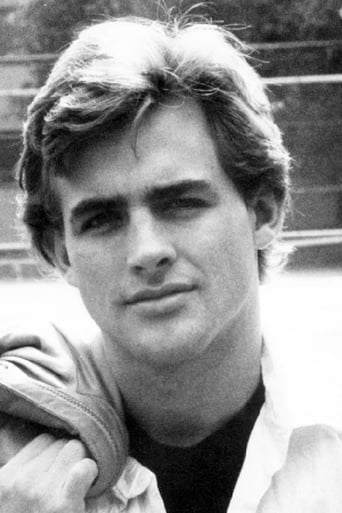 From Wikipedia, the free encyclopedia.   Grant Cramer (born November 10, 1961) is an American actor who has starred in films and on television. He is the son of actress Terry Moore. Grant's first feature film role was in 1980, when he starred in the horror film New Year's Evil. It wasn't until 1984, his big role came in the 1984 cult comedy film Hardbodies in which he played Scotty Palmer. His other big film was the cult classic 1988 Killer Klowns from Outer Space. He appeared in the 2001 film Mach 2. His most recent appearance was in the 2009 movie Follow the Prophet. Grant has starred on television shows, his first TV role was in the 1982 made-for-television movie Desperate Lives as a teen drug user. He starred in the hit CBS soap opera The Young and the Restless as the psychotic stalker Shawn Garrett from 1985-1986. He later returned to the soap in 1996 to play Adam Hunter, a love interest for Ashley Abbott. Grant has made guest appearances on television shows like The Facts of Life, Rags to Riches, and Murder, She Wrote. In recent years, Grant has turned his attention to writing, producing and directing. A short film he wrote, produced and directed, "Say Goodnight, Michael", won numerous awards including the Grand Jury Award at the New York Independent Film and Video festival. In 2008, he created and executive produced the VH1 series, "Old Skool with Terry and Gita", which is currently airing in over 20 countries internationally. Recently, he produced and directed the first-ever "cooking show for guys" called, "Cooking is For Play." Currently, he is producing an Action-Adventure, Horror 3D film called, The Fallen which, will be directed by Brett Leonard (Lawnmower Man) and stars Dominic Purcell, Vinnie Jones and Peter Stormare. The Fallen will begin lensing in March 2011. Description above from the Wikipedia article Grant Cramer, licensed under CC-BY-SA, full list of contributors on Wikipedia