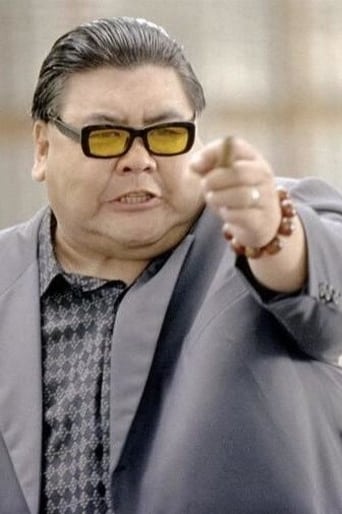 From Wikipedia, the free encyclopedia Glen Chin (January 27, 1948 – August 16, 2018) was an American actor of Chinese descent who starred in film and television. Chin grew up in Stockton, California, where he attended Amos Alonzo Stagg High School and was active in drama and choir. He studied music at the University of Pacific Conservatory of Music and played the double bass violin with the Stockton Symphony. Chin appeared in 50 First Dates as the humorous Hawaiian café regular, The Underachievers (1987), and After One Cigarette as Shigeru. He appeared in Chinese cinema in such films as Hollywood Hong Kong. Chin's television credits include Boy Meets World (the Eskimo), Night Stand with Dick Dietrick (Coco), Mighty Max, and Seinfeld. He played a villain's role in the 1998 movie, Knock Off (film). In the Seinfeld episode "The Opera", Chin plays Harry Fong, a character who buys a scalped ticket to an opera from George Costanza right before (or during) his girlfriend Susan ends up making the opera, so in the end, Jerry Seinfeld, Elaine Benes, Cosmo Kramer, Chin's character, and Susan all end up watching the opera. In Michael Jackson's music video for "Black or White", Chin morphs into Tyra Banks.