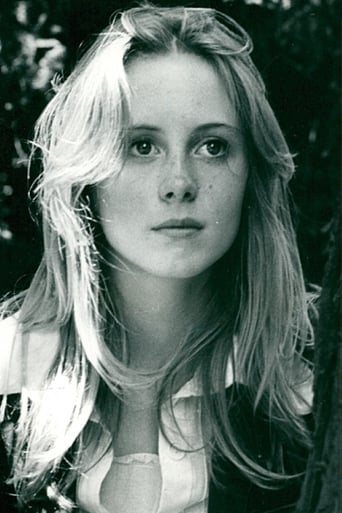 ​Cathryn Mary Lee Harrison (born 29 May 1959) was an English actress. Cathryn was baptised on 27 September 1959 at St.John's Church,Hampstead,London,England. She is the daughter of the actor and singer Noel Harrison and Sara Lee Eberts and also the grand daughter of legendary actor Sir Rex Harrison.Her brother Simon Harrison is also an actor as well as her sister Harriet Harrison. She has a brother Will and a sister Chloe from her father's second marriage, and an older sister Zoe from her mother's first marriage to Carleton John Richard Tufnell. In May 1996 she married Paul Laing the son of Ronald David Laing and uses that name since then. Her most notable performances include Lily in Black Moon as well as many made-for-television movies including Portrait of a Marriage where she plays Violet Trefusis, Vita Sackville West's lesbian lover. She began her career in Robert Altman's Images and after two decades of low roles, started a career in British television and radio dramas. She appeared in Love on a Branch Line and an 1977 Australian film called Blue Fire Lady. She also appeared as Major Tom Cadman's wife in the ITV series Soldier Soldier, and played wardrobe assistant Irenie in the film version of Ronald Harwood's The Dresser. She died in 2018.