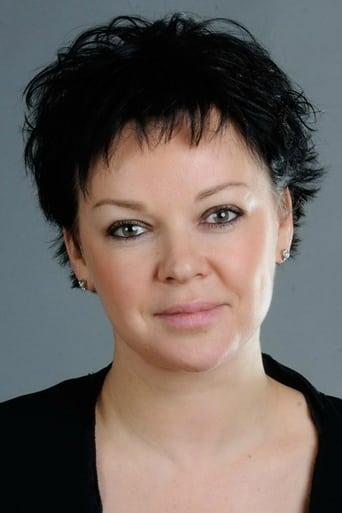 Elena Viktorovna Valyushkina (born December 8, 1962, Potsdam, GDR) is a Soviet and Russian film and theater actress. Honored Artist of the Russian Federation (1995). During her studies in high school she studied music (piano, guitar), dance and art schools. In 1984 she graduated from the Higher Theater School. M.Shepkina (course leaders - V.I. Korshunov, V.S.Sulimov). From 1984 to the present - actress of the Mossovet Theater. Studying in drama school, in 1982 she made her film debut, starring in the comedy “I don't want to be an adult”. And immediately after graduating from college, in 1984, she received her second, but immediately the main role - Maria in Mark Zakharov's musical comedy “Formula of Love” - a charming big-eyed girl who was not afraid to go with Count Cagliostro to cure Papa. From Wikipedia (ru), the free encyclopedia