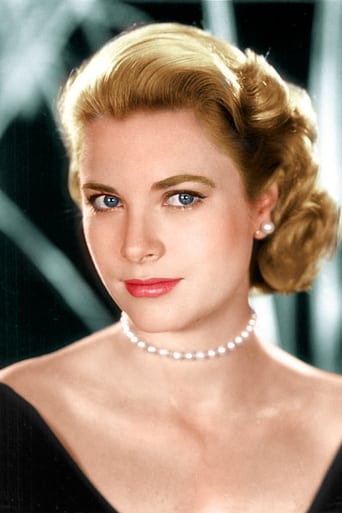 From Wikipedia, the free encyclopedia. Grace Patricia Kelly (November 12, 1929 – September 14, 1982) was an American actress who, in April 1956, married Rainier III, Prince of Monaco, to become Princess consort of Monaco, styled as Her Serene Highness The Princess of Monaco, and commonly referred to as Princess Grace. After embarking on an acting career in 1950, at the age of 20, Grace Kelly appeared in New York City theatrical productions as well as in more than forty episodes of live drama productions broadcast during the early 1950s Golden Age of Television. In October 1953, with the release of Mogambo, she became a movie star, a status confirmed in 1954 with a Golden Globe Award and Academy Award nomination as well as leading roles in five films, including The Country Girl, in which she gave a deglamorized, Academy Award-winning performance. She retired from acting at 26 to enter upon her duties in Monaco. She and Prince Rainier had three children: Caroline, Albert, and Stéphanie. She also retained her American roots, maintaining dual US and Monégasque citizenships. She died on September 14, 1982, when she lost control of her automobile and crashed after suffering a stroke. Her daughter Princess Stéphanie, who was in the car with her, survived the accident. In June 1999, the American Film Institute ranked her No.13 in their list of top female stars of American cinema.