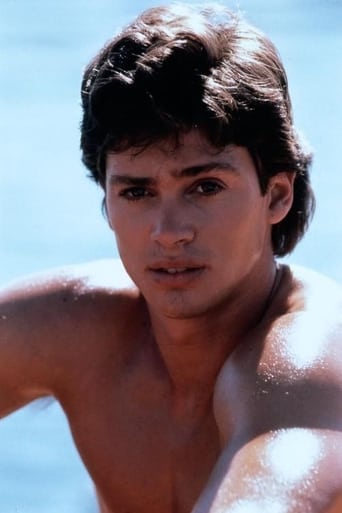 Mitchell Jay Gaylord was born in Van Nuys, California, son of Fred and Linda Gaylord, a Jewish family. He made his first U.S. National team in gymnastics in 1980 and continued to retain his place on the team for the next five years. Gaylord appeared in several movies and TV shows. Most notably, he performed as a stunt double for Chris O'Donnell (as Robin) in the 1995 movie Batman Forever and starred in American Anthem opposite actress Janet Jones. He was also a frequent guest star on Hollywood Squares, and appeared in advertisements for Diet Coke, Nike, Vidal Sassoon, Soloflex, Levi's, and Texaco. Over the years Gaylord has also remained an ambassador to the sport of gymnastics, serving as a commentator for NBC and Fox Sports during televised gymnastics events, as well as developing several nationally televised fitness programs and products. He currently works as a financial advisor at Morgan Stanley Smith Barney. In June 2007 Gaylord was named the seventh best US gymnast of all time by Yahoo Sports. He was also named to the UCLA Hall of Fame in 1995, the US Olympic Hall of Fame in 2006, and the International Jewish Sports Hall of Fame in 2009.