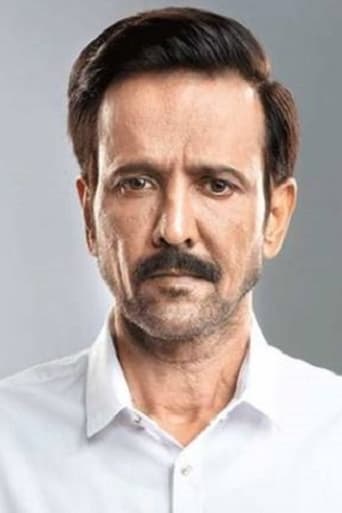 Kay Kay Menon is an Indian film, stage and television actor who works predominantly in Hindi cinema. Menon made his big screen debut with a small role in Naseem (1995), followed in 1999 by the lead role in Bhopal Express, a movie that went mostly unnoticed. This was the first in a series of initial setbacks in Menon's film career. In the early 2000s, he starred as a wicked rock musician in Anurag Kashyap's debut movie, Paanch, which struggled with censorship and has remained unreleased. Two other movies, Hazaaron Khwaishein Aisi and Black Friday, had to wait many years for a release date. Meanwhile, his commercial films Deewar (starring Amitabh Bachchan) and Silsiilay (with Shahrukh Khan) flopped at the box office. It was only in 2005, with the eventual release of the critically acclaimed Hazaaron Khwaishein Aisi, but most of all with Ram Gopal Varma's Sarkar, that Menon had his break. Sarkar earned him a nomination for the Best Performance in a Negative Role at the Filmfare Awards. In The Tribune, Saibal Chatterjee called him "one of Bollywood's finest actors".