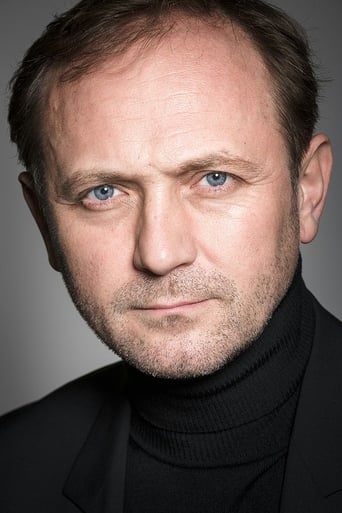 ​From Wikipedia, the free encyclopedia. Andrzej Chyra  (born 27 August 1964) is a Polish actor. He graduated from High School and in 1987 he graduated from the Acting Theater School in Warsaw. In 1994, he majored at the same university in Directing. He made his film debut in 1993, with the role of Benvollo in the film Order of Affection, directed by Radosław Piwowarski. The largest role so far that brought him recognition was as Gerard Nowak in the 1999 film Debt (Dług) by Krzysztof Krauze, for which he was awarded the Best Actor award at the Polish Film Festival in Gdynia. The success of this was repeated in 2005 when he received the PFF Gdynia prize for his role in Komornik. He was also nominated in 2006 for his role in the film, We're All Christs. Description above from the Wikipedia article Andrzej Chyra (b. 10 April 1966 in Radzymin) is a Polish movie and stage actor., licensed under CC-BY-SA, full list of contributors on Wikipedia