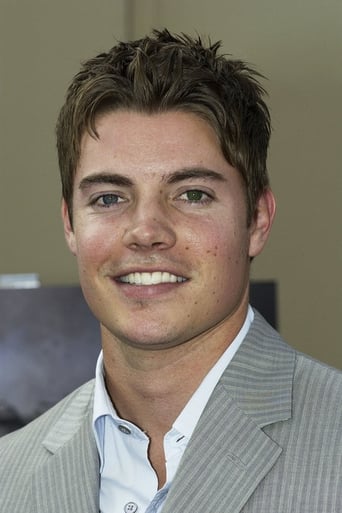 From Wikipedia, the free encyclopedia. Joshua Baret "Josh" Henderson  (born October 25, 1981) is an American actor and singer. He rose to fame as one of the male members of Scene 23, a pop singing group that were selected as the winners of The WB's singing competition Popstars 2. After the group disbanded, he began focusing on an acting career. His most high-profile role to date has been that of Austin McCann on the ABC hit television series Desperate Housewives. On October 10, 2008, TVGuide.com reported that Henderson will be joining the cast of 90210 as Sean, the biological son of Harry Wilson and Tracy Clark who turned out to be a con artist. Description above from the Wikipedia article Josh Henderson, licensed under CC-BY-SA,full list of contributors on Wikipedia.