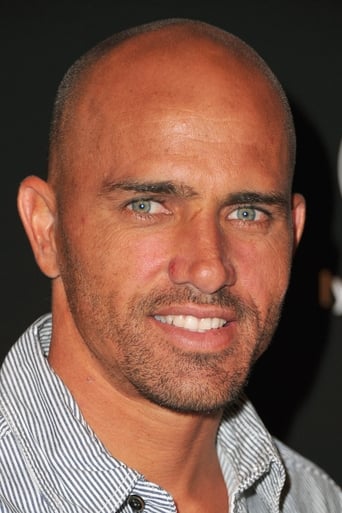 ​From Wikipedia, the free encyclopedia.   Robert Kelly Slater (born February 11, 1972, Cocoa Beach, FL, USA) is an American professional surfer known for his competitive prowess and style. He has been crowned ASP World Champion a record 10 times, including 5 consecutive titles from 1994–98. He is the youngest (at age 20) and the oldest (at age 38) to win the title. Upon winning his 5th world title in 1997, Slater passed Australian surfing legend Mark Richards to become the most successful champion in the history of the sport. In 2007 he also became the all-time leader in career event wins by winning the Boost Mobile Pro event at Lower Trestles near San Clemente, California. The previous record was held by Slater's childhood hero, 3-time world champion Tom Curren. In addition to the ASP tour, Slater has also competed in the X-Games (in 2003 and 2004). On October 3, 2008, Slater won his ninth ASP world title at the Billabong Pro Mundaka by defeating local surfer Eneko Acero in the 3rd round. In May 2005, in the final heat of the Billabong Tahiti Pro contest at Teahupo'o, Slater became the first surfer ever to be awarded two perfect scores for a total 20 out of 20 points under the ASP two-wave scoring system. (The corresponding honor under the previous three-wave system belongs to fellow American Shane Beschen who achieved the feat in 1996.) Since 1990, Slater has been sponsored primarily by surfwear industry giant Quiksilver. He exclusively rides Channel Islands surfboards equipped with his own signature series of FCS fins. Description above from the Wikipedia article Kelly Slater, licensed under CC-BY-SA, full list of contributors on Wikipedia.