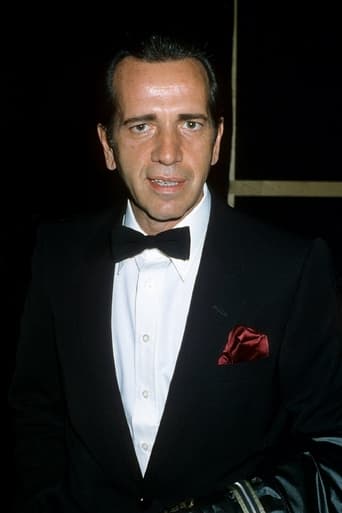 A Humphrey Bogart lookalike, Robert Sacchi essentially made a living in film and television by emulating the screen great. His most famous role is that of Sam Marlow in the 1980 film The Man With Bogart's Face, but he made his film debut opposite Anita Ekberg in the 1972 film The French Sex Murder as a Bogart-styled Parisian detective, and appeared as The Bogeyman that same year opposite Michael Caine in Pulp. Away from being a Bogart lookalike/character, Sacchi also had small roles away in the films Across 110th Street and Die Hard 2.