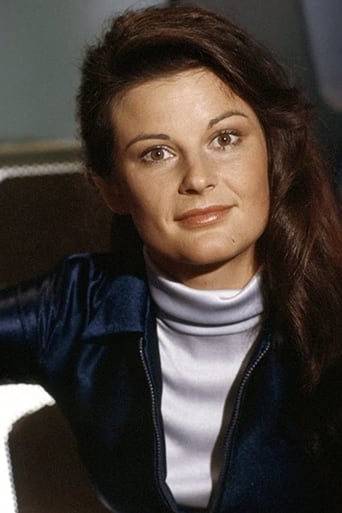 ​From Wikipedia, the free encyclopedia Juanin Clay (born Juanin Clay de Zalduondo; November 26, 1949 - March 12, 1995) was an American actress who appeared in the 1983 drama-thriller film WarGames. She was one of the contenders for the role of Wilma Deering in the Buck Rogers in the 25th Century TV series, but lost the role when Erin Gray returned to reprise her role from the theatrical release. Clay later guest starred in the Buck Rogers episode "Vegas in Space", playing a character very similar to Deering named Marla Landers, who is briefly partnered with Rogers. Clay also appeared as a guest star on a number of TV series including Father Murphy, L.A. Law, and The Edge of Night (she originated the role of Raven Alexander, before Sharon Gabet took over the role). In 1985, she played Jacqueline Kennedy in the mini-series Robert Kennedy & His Times. She also had a minor role in the film WarGames. Clay attended The Ethel Walker School, in Simsbury, Connecticut. She graduated from Smith College, then earned a Master's in Education from Harvard University. The cause of her death is disputed. Some sources say she died of breast cancer, however the user-edited Internet Movie Database site says her death was caused by a heart ailment. Description above from the Wikipedia article Juanin Clay, licensed under CC-BY-SA, full list of contributors on Wikipedia.