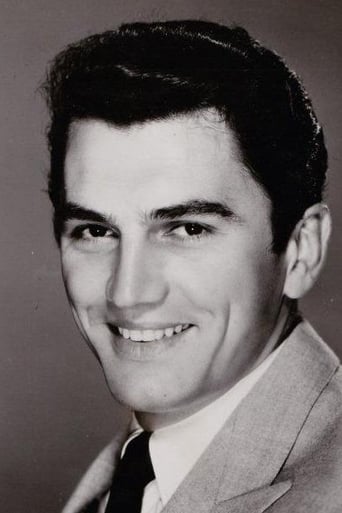 Edmund Anthony Cutlar Purdom (19 December 1924 – 1 January 2009) was an English actor, voice artist, and director. He worked first on stage in Britain, performing various works by Shakespeare, then later in America on Broadway, until making his way to Hollywood, and eventually spent the remainder of his life appearing in Italian cinema. He is perhaps best known for his starring role in 1954's historical epic The Egyptian. By taking over important roles exited by Mario Lanza and Marlon Brando, Purdom was known by the mid-1950s as "The Replacement Star". Between the 1970s and 90s, he was a regular in European genre cinema, working with directors like Juan Piquer Simón, Joe D'Amato, Sergio Martino, Ruggero Deodato.