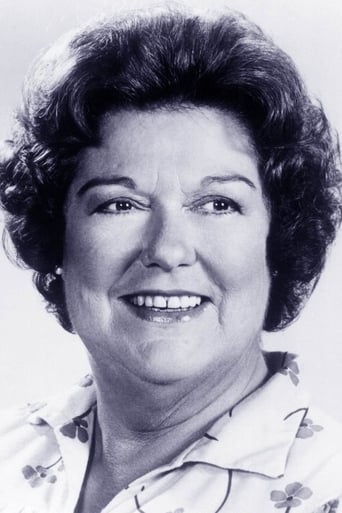 Peggy Jane Rea was a Los Angeles-born American actress known for her many roles in television, often playing matronly characters. Before she became an actress, Rea left UCLA to attend business school. She landed a job as a production secretary at Metro-Goldwyn-Mayer in the 1940s. Later, she was an assistant to writer-musician Kay Thompson until Thompson dropped her in April 1948. Some of the points of discord apparently included Rea's insistence on staying at the Algonquin Hotel (rather than Essex House, where Thompson was staying), and disappearing, on at least one occasion, on the eve of their New York opening to see Born Yesterday on Broadway without telling Thompson. The time had come for Peggy to make her mark as the character actress she was born to be. She quickly landed on her feet with a supporting role in the National Road Company production of Tennessee Williams' A Streetcar Named Desire (as Eunice Hubbell, 1948–1949) starring Anthony Quinn. Thompson severed ties with Rea, however the younger woman kept in touch with other members of Thompson's family, including Thompson's mother, brother and younger sister, with whom she enjoyed cordial relations.