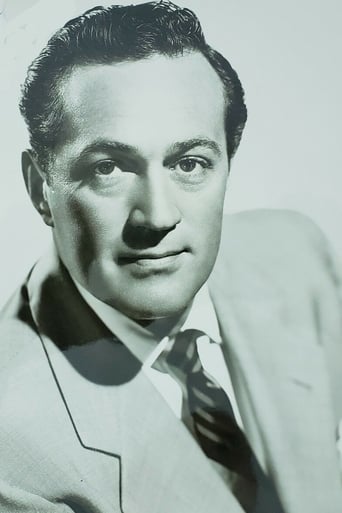 Don Haggerty (b. July 3, 1914, Poughkeepsie, New York – d. August 19, 1988, Cocoa Beach, Florida) was an American film actor appearing in films in the 1940s and 1950s.  Before entering films in 1947, Haggerty was a Brown University athlete and served in the US military. Usually cast as tough policemen or cowboys, he appeared in a number of memorable films including Sands of Iwo Jima (1949), The Asphalt Jungle (1951), Angels in the Outfield (1951) and The Narrow Margin. The B-movie actor continued to appear in films until the early 1980s. In the 1955-1956 season, he appeared as the outlaw Sam Bass in an episode of Jim Davis's syndicated Stories of the Century. In 1956-1957, Haggerty appeared as Sheriff Elder in Rod Cameron's syndicated western-themed crime drama, State Trooper. He appeared at this time in three episodes of the syndicated western 26 Men about the Arizona Rangers. In 1959, he guest starred in Bruce Gordon's docudrama about the Cold War, Behind Closed Doors. In 1960, Haggerty guest starred on the NBC crime drama Dan Raven starring Skip Homeier. He also appeared as Joe Wine in the 1961 episode "Alien Entry" of the syndicated series The Blue Angels. About this time, he also appeared in the episode "The Green Gamblers" of the crime drama The Brothers Brannagan.