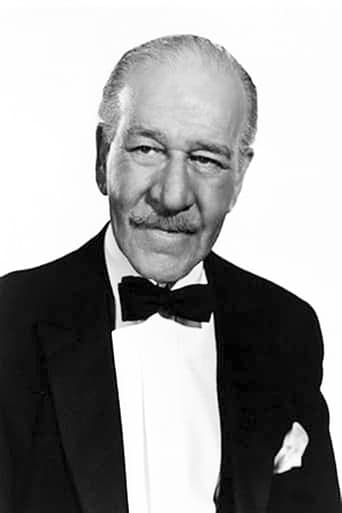 From Wikipedia Henry Stephenson Garraway (16 April 1871 – 24 April 1956), sometimes credited as Harry Stephenson, was a British stage and film actor. He portrayed friendly and wise Gentleman in many films of the 1930s and 1940s. Among his roles was Sir Joseph Banks in Mutiny on the Bounty (1935) and Mr. Brownlow in Oliver Twist. Stephenson was educated in Rugby in Warwickshire and started acting in his twenties. He appeared on British and American stages and made his Broadway debut in 1901, playing the messenger in A Message from Mars. In the following decades, he appeared in over 30 Broadway plays. Henry Stephenson made his film debut in 1917 and appeared in a few silent films, but made his mark mostly as an elder man in sound films. Between 1931 and 1932, he appeared in the successful Broadway play Cyanara with over 200 performances. He came to Hollywood for the film version of Cyanara, starring Ronald Colman and with Henry Stephenson in a supporting role. In the same year year, he played the tycoon C.B. Gaerste in Red-Headed Woman and Doctor Alliott in A Bill of Divorcement. The following year, the English-born actor appeared as the intimidating yet warm-hearted Mr. Laurence in Little Women. The tall, white-haired actor specialized in portraying wise, dignified and friendly British gentlemans in supporting roles. He could be "both imposing and benevolent in his patrician portrayals, usually expounding words of wisdom or offering gentlemanly aid." He appeared overall in 90 films from 1917 to 1951, often as a doctor or professor, general, judge or aristocrat. He often played historical figures like Sir Joseph Banks in the oscar-winnig adventure film Mutiny on the Bounty (1935) and Florimond Claude, Comte de Mercy-Argenteau in Marie Antoinette (1938). Stephenson worked with film star Errol Flynn in the films Captain Blood, The Charge of the Light Brigade, The Prince and the Pauper, and The Private Lives of Elizabeth and Essex; often as Flynn's paternal friend and superior. He portrayed Sir Thomas Lancing in Tarzan Finds a Son! in 1939 and playing an entirely different role as Sir Guy Henderson in Tarzan and the Amazons in 1945. He seldom played dark figures, among the exceptions was the snobbish Mr. Bryant in Mr. Lucky in 1943. Stephenson also appeared in literature adaptions, for example as the friendly lawyer Havisham in Little Lord Fauntleroy (1936) and as Mr. Brownlow in David Lean's literature adaption Oliver Twist (1948). He made his last film in 1949, but appeared in two TV-series in 1951 before the end of his career. In 1950, after finishing his role of Cardinal Gaspar de Quiroga in the drama play, That Lady, Stephenson retired from the stage. He married actress Ann Shoemaker. They had one daughter. Henry Stephenson died in 1956 at the age of 85 years. He was survived by Ann and his daughter.