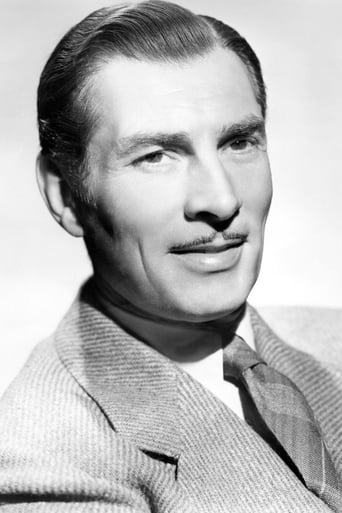 British stage actor James Stephenson made his film debut quite late in life, at the age of 49, in 1937, making four pictures that year. Warner Bros. got a glimpse of this distinguished gent and signed him to a contract where he indulged himself in urbane villainy. Proving a reliable support in such films as Boy Meets Girl (1938), You Can't Get Away with Murder (1939), The Private Lives of Elizabeth and Essex (1939), and the classic adventure The Sea Hawk (1940), he was entrusted by director William Wyler and mega-star Bette Davis to play the sympathetic role of the family attorney Howard Joyce in The Letter (1940). It was the role of a lifetime and he didn't let them down for he earned an Oscar nomination in the process. Stephenson was soon on a roll, playing the titular sleuth in Calling Philo Vance (1940) and was first-billed in the above-average "B" movie Shining Victory (1941) when he died suddenly in 1941 of a heart attack at the rather young age of 53. Date of Death:  29 July 1941, Pacific Palisades, California  (heart attack)