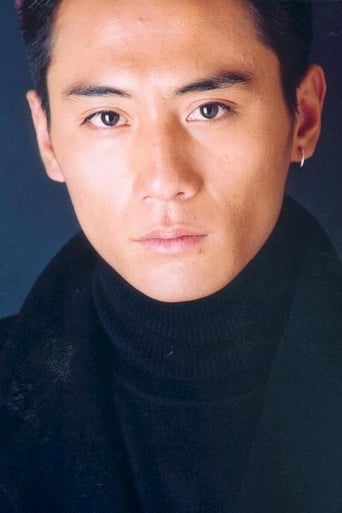 Liu Ye (Chinese: 刘烨; pinyin: Líu Yè, born March 23, 1978 in Jilin, China) is a Chinese film and television actor. Beginning his acting career when he was a 20 year old student majoring in performing arts at the Central Academy of Drama in Beijing, Liu Ye's talent in acting was apparent very early on. Liu was nominated for Best Supporting Actor for his role as a young postman in his first movie, Postmen in the Mountains, at China's Golden Rooster Awards in 1999. Shortly after his graduation, Liu Ye won Best Actor at Taiwan’s 38th Golden Horse Awards for his performance as a young gay man in the movie Lan Yu . Three years later, he clinched Best Actor with his role in the movie The Foliage at the 24th Golden Rooster Awards. In addition, several of Liu Ye’s movies have also featured in many international film festivals, for example Lan Yu, Balzac and the Little Chinese Seamstress, Purple Butterfly and The Floating Landscape. Instead of making use of his good physical appearance to become a teen idol, Liu Ye has chosen the path of continuously challenging himself by taking on difficult roles. From simple, honest, and down-to-earth "peasant-like" roles, introvert and melancholic personas, to manly and Casanova roles, Liu Ye has not only convinced the audience, but also well-established international directors, of his remarkable acting skills. He has been openly praised and roped in by famous directors, such as Stanley Kwan (Lan Yu), Chen Kaige (The Promise), Zhang Yimou (Curse of the Golden Flower) and John Woo (Blood Brothers), to take part in their major movie productions. Liu Ye's first Hollywood movie Dark Matter, inspired by a true story in the early 1990s, was screened at major international film festivals in 2007. Starring with actress Meryl Streep, Liu Ye stars as the brilliant physics postgraduate "Liu Xing" from China. This movie won the Alfred P. Sloan Prize at the 2007 Sundance Film Festival and has been released in America in April 2008. Ye's first villainous role was in 2008 film Connected (where he appears a lot older than he is now), a remake of the American film Cellular. Liu Ye plays the lead character in City of Life and Death, a movie paying tribute to the victims of the 1937 Nanjing Massacre. Directed by 6th Generation Mainland Director Lu Chuan, City of Life and Death, filmed in Tianjin and in other Chinese cities such as Changchun, was released in 2009. Description above from the Wikipedia article Ye Liu, licensed under CC-BY-SA, full list of contributors on Wikipedia.