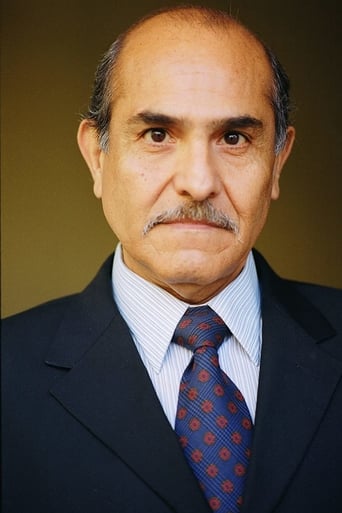 Joaquin Garrido, born in Mexico City, started acting professionally at the age of 17. He studied for a degree in acting in Mexico and was awarded scholarships to train at Berliner Ensemble in Germany and at the British Theatre Institute in London. He has worked in many Mexican soap operas, and has also appeared more recently on episodic TV in the States.  Currently he has had roles in some 20 films, debuting in "Chido One" (1985), directed by  Alfonso Arau, and was honored with a Mexican Academy Award nomination (Ariel Award) for Best Supporting Actor in Bittersüße Schokolade (1992), also directed by 'Alfonso Arau'. His first film shot entirely in The United States was Demon Slayer (2002) (V), directed by 'James Cotten', and was a Roger Corman Film. He is a published poet and playwright, and now resides in Los Angeles, CA. To date he has toured Canada, America, South America and Europe.