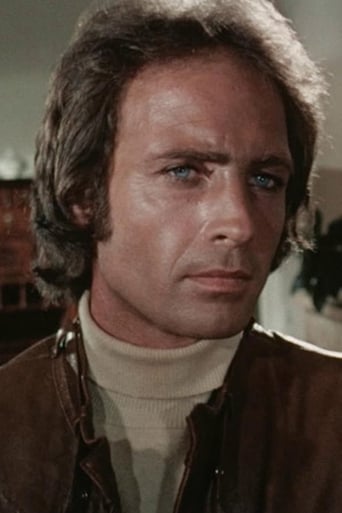 John Richardson (born January 19, 1934) is an English actor, who appeared in movies from the 1950s until the 1990s. He appeared in many Italian films, including Mario Bava's Black Sunday (1960). His best known role was perhaps in One Million Years B.C. (1966), in which he played a grunting caveman who fell in love with Raquel Welch. He had small roles in the remake of The 39 Steps (1959); Tender is the Night (1962) as a young man, uncredited; and in On A Clear Day You Can See Forever (1970) with Barbra Streisand. Richardson was cast as the male lead in both She and One Million Years BC. He was considered for the role of James Bond, but lost out to George Lazenby. Description above from the Wikipedia article John Richardson(actor), licensed under CC-BY-SA, full list of contributors on Wikipedia.​