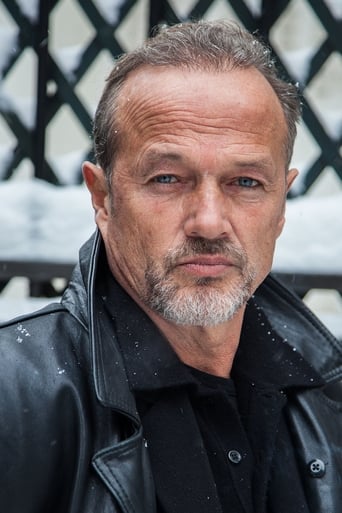 Laurent Marie Guespin-Malet (born 3 September 1955 in Bayonne) is a French actor, and the twin brother of actor Pierre Malet. Malet's stage debut came in La guerre de Troie n'aura pas lieu as Troilus alongside Claude Jade in 1975. In 1978 he was made famous by his Andrew alongside Donald Sutherland and Stéphane Audran in Les Liens de sang by Claude Chabrol. That same year, Gilles Béhat gave him the lead role in Haro. En 1979, he starred alongside Yves Montand in Les Routes du sud by Joseph Losey and played Lino Ventura's son in Jigsaw (L'Homme en colère). He also played Roger Bataille in Rainer Werner Fassbinder's Querelle (after Jean Genet), and starred alongside Sandrine Bonnaire in 1984's Tir à vue, directed by Marc Angelo. In 1995 he played Arthur Rimbaud in Marc Rivière's L'Homme aux semelles de vent. Highly attached to his brother and mother, he feels asked by the latter (in the terminal stages of a brain tumour) to put an end to her sufferings. He writes of this in his 2006 book En attendant la suite, in which he calls on the candidates in the presidential election to bring the state to legislate on euthanasia. Source: Article "Laurent Malet" from Wikipedia in english, licensed under CC-BY-SA 3.0.