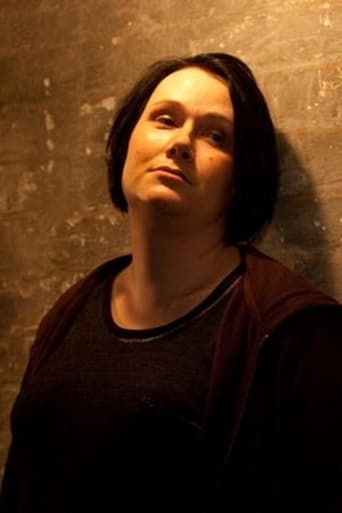 Bethany Black (born 24 December 1978) is an English stand up comedian, actor and writer. Described as "Britain's only goth, lesbian, transsexual comedian", Black is known for performing black comedy, dealing with controversial subjects. As an actor she is the first trans person to play a trans character in a British TV series and also the first openly trans actor in Doctor Who. Born in Chorley, Lancashire, Black had a troubled childhood, suffering from depression. She attended Manchester Metropolitan University where she got a degree in film, television and cultural studies. Black had a nervous breakdown and attempted suicide on several occasions. She has described her attempts in detail. She then came out to her family twice: first as a trans woman, and then as a lesbian. Black underwent sex reassignment surgery and discusses her transition in her stand-up act. Originally, she was hesitant about entering stand-up because she felt that the best comedians were older people. However, Black changed her mind after seeing Josie Long, someone younger than her, perform successfully while using material similar to her own. At the age of 25 she started her career, first as a compere for a music club in Preston called "Club Fuzzy", where she provided comedy between the music acts. After a hostile reaction, she then began performing in actual comedy clubs. Black adopted a "Fairy Gothmother" style, performing her routines dressed in black, with black eye shadow and sometimes wearing fetish clothing. Most of her comedy is a combination of observational comedy mixed with innuendo. Her career grew when in 2005 she opened the Manchester Pride festival. She also became a supporting act for other comedians such as Mick Miller and attracted positive reviews from other comedians such as Brendon Burns.[9] In 2007, she became a finalist in the Chortle Student Comedy Awards. In 2008, Black started performing her show "Beth Becomes Her", which tells the story of Black's childhood. She had previously resisted performing material about her life story for fear of how her audience would react. However, the show went down well with most of the audience. It was nominated for the award for "Best Debut" at the Leicester Comedy Festival. Black was diagnosed in 2018 with autism, ADHD, OCD, and agoraphobia; these diagnoses were prominently referenced in her show Unwinnable at the Edinburgh Festival Fringe later that year.