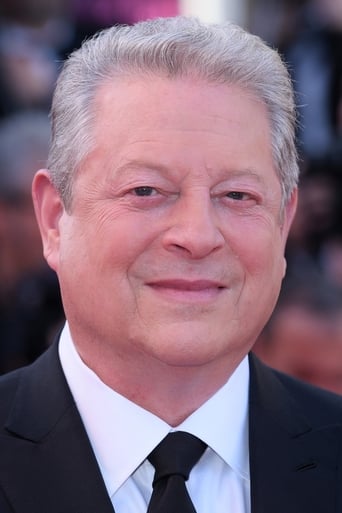 Albert Arnold "Al" Gore, Jr. served as the 45th Vice President of the United States (1993–2001), under President Bill Clinton. He was the Democratic Party nominee for President in the 2000 U.S. presidential election. Gore is currently an author, businessman, and environmental activist. He was previously an elected official for 24 years, representing Tennessee in the U.S. House of Representatives (1977–85), and later in the U.S. Senate (1985–93), and finally becoming Vice President in 1993. In the 2000 presidential election, Gore won the popular vote by more than 500,000 votes. However, he ultimately lost the Electoral College, and the election, to Republican George W. Bush when the U.S. Supreme Court settled the legal controversy over the Florida vote recount by ruling 5-4 in favor of Bush. It was the only time in history that the Supreme Court may have determined the outcome of a presidential election. He is a founder and current chair of the Alliance for Climate Protection, the co-founder and chair of Generation Investment Management, the co-founder and chair of Current TV, a member of the Board of Directors of Apple Inc., and a senior adviser to Google. Gore is also a partner in the venture capital firm, Kleiner Perkins Caufield & Byers, heading that firm's climate change solutions group. He has served as a visiting professor at Middle Tennessee State University, Columbia University Graduate School of Journalism, Fisk University, and the University of California, Los Angeles. Gore has received a number of awards including the Nobel Peace Prize (joint award with the Intergovernmental Panel on Climate Change) (2007), a Grammy Award for Best Spoken Word Album (2009) for his book An Inconvenient Truth, a Primetime Emmy Award for Current TV (2007), and a Webby Award (2005). Gore was also the subject of the Academy Award-winning (2007) documentary An Inconvenient Truth in 2006. In 2007 he was named a runner-up for Time's 2007 Person of the Year.