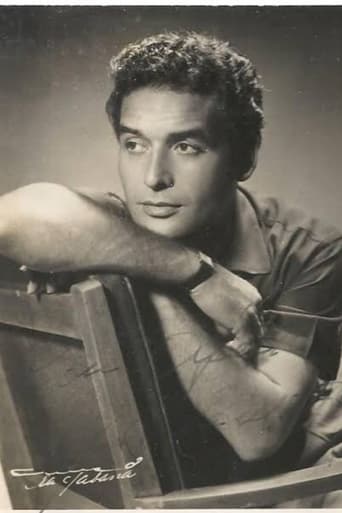 Modesto Llosas Rosell (November 24, 1920- April 21, 1972) better known as Jorge Mistral, was a Spanish actor that after leaving his Laws career began to acting in spanish theatre. During the years 1940 to 1950 Mistral participated in some of the most popular spanish films like Pequeñeces, Locura de amor and Carmen la de Ronda. Jorge had his bigger success in Mexico where was part of the "leading man" actors sharing credits with actresses like Dolores Del Río, María Félix and Silvia Pinal. In the 70's while he was shooting the soap opera "Hermanos Coraje" Mistral was diagnosed with doudenal cancer; for that reason, in 1972 he commited suicide after many suffering months and depression. His remains rest in a graveyard located in Mexico City.