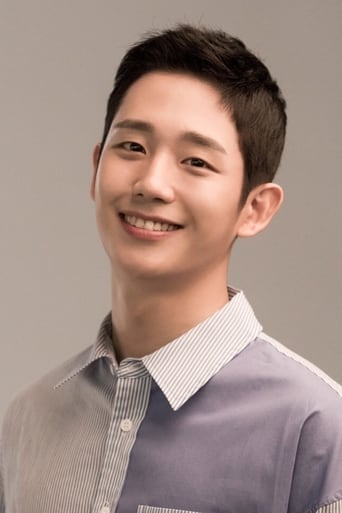 Jung Hae-in (Hangul: 정해인; born April 1, 1988) is a South Korean actor. Jung Hae-in is a professional actor. The prominent Korean actor made his first appearance in AOA Black’s music video for Moya in the year 2013. He later officially debuted through the TV series Bride of the Century the next year, i.e. 2014. The actor then starred in small roles and made several cameo appearances for various TV series and films from 2014 to 2016. Some of the most memorable appearances were in Guardian: The Lonely and Great God as the lead character played by actress Kim Go-Eun’s first love and in Reply 1988 as Bo-young. In the year 2017, Jung Hae-in gained international popularity with his performance in the fantasy romance series While You Were Sleeping. During this time, Jung Hae-in ranked as the Number 1 searched term on the Korean portal site “Naver”. He also appeared in two historical movies titled The King’s Case Note and Conspiracy: Age of Rebellion in the year 2017. Likewise, Hae-in appeared in the black comedy series Prison Playbook in which the actor received a lot of praise for his performance. Hae-in played the role of an imprisoned Army captain convicted of assaulting a soldier in his unit who later died. In the year 2018, Jung Hae-in also starred in another historical film Heung-boo: The Revolutionist. In this film, Hae-in portrayed the character of King Heonjong. He then landed his first lead role in the romance drama Something in the Rain alongside actress Son Ye-jin. He later starred in the period romance film Tune in for Love alongside actress Kim Go Eun. Additionally, in the year 2019, Jung Hae-in starred in the youth film Start-Up. For this project, the actor played the role of a school dropout who ends up in a gang. The same year, Hae-in also appeared in the romance drama One Spring Night alongside Han Ji-min. For this project, he worked with the same director and writer of Something in the Rain. In the year 2020, the actor starred in the romance drama A Piece of Your Mind alongside actress Chae Soo-bin in the lead female role. The same year, Hae-in joined on JTBC drama Snowdrop alongside Kim Ji-soo. This project is directed by the writer and producer of SKY Castle.