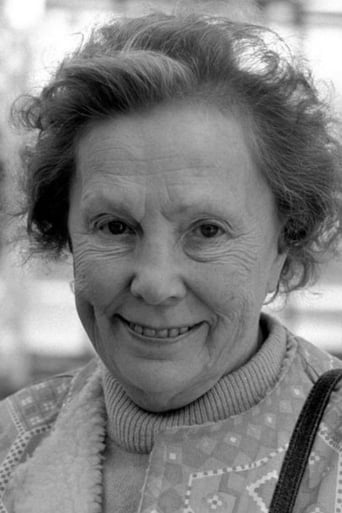 Born in Covent Garden, West London in 1911, Gretchen Franklin was an English actress and dancer whose showbusiness career spanned over 70 years. She was best known for her role as Ethel Skinner in the long-running BBC 1 soap opera EastEnders. She appeared in the very first episode in 1985 and was a regular in the series until 1988. After this she returned to the show intermittently until 2000 when her character was killed off, allowing Franklin to retire from acting at the age of 89. Born into a theatrical family (her father had a song and dance act, her grandfather was a famous music hall entertainer at the turn of the century and her cousin was Dad's Army star Clive Dunn) Gretchen Franklin made her theatre debut as a teenage chorus girl. She toured with comedians such as Gracie Fields before making the switch to serious acting. Her film appearances included Cloak Without Dagger (1956), Flame in the Streets (1961), The Murder Game (1965), Help! (1965), How I Won The War (1967), Twisted Nerve (1968), The Night Visitor (1971), The Three Musketeers (1973), Quincy's Quest (1979), and Ragtime (1981), among others. She is namechecked in The Fall's 1990 song Telephone Thing.