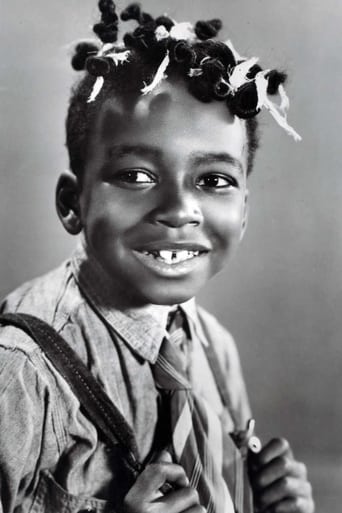 Allen 'Farina' Hoskins was born on August 9, 1920 in Boston, Massachusetts, USA as Allen Clayton Hoskins. He was an actor, known for Pups Is Pups (1930), Shivering Shakespeare(1930) and Bear Shooters (1930). He was married to Frances. Has two children: a daughter Candy and a son Chris. He died on July 26, 1980 in Oakland, California, USA. Brother of actress Jannie Hoskins.  On screen from the age of 14 months, he acquired the name 'Farina' from the cereal. Member of 'Our Gang' in 106 episodes between 1922 and 1931. His last "Our Gang" contract with the Hal Roach Studios called for a weekly salary of $350 a week; far more than any of the other kids (even Jackie Cooper) were paid at that time. Served in the military during World War II. In his later years, made a successful career at Los Angeles area medical centers, helping disabled young people afflicted with drug problems and mental illnesses.