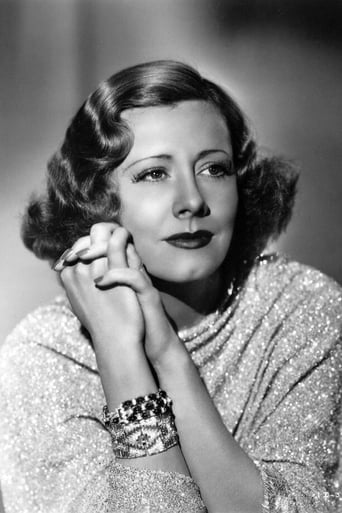 From Wikipedia, the free encyclopedia Irene Dunne (born Irene Marie Dunn, December 20, 1898 – September 4, 1990) was an American film actress and singer of the 1930s, 1940s and early 1950s. Dunne was nominated five times for the Academy Award for Best Actress, for her performances in Cimarron (1931), Theodora Goes Wild (1936), The Awful Truth (1937), Love Affair (1939) and I Remember Mama (1948). In 1985, Dunne was given Kennedy Center Honors for her services to the arts. Dunne was discovered by Hollywood while starring with the road company of Show Boat in 1929. She signed a contract with RKO and appeared in her first movie, Leathernecking (1930), a film version of the musical Present Arms. Already in her thirties when she made her first film, she would be in competition with younger actresses for roles, and found it advantageous to evade questions that would reveal her age. Her publicists encouraged the belief that she was born in 1901 or 1904, and the former is the date engraved on her tombstone. During the 1930s and 1940s, Dunne blossomed into a popular screen heroine in movies such as the original Back Street (1932) and the original Magnificent Obsession (1935) and re-created her role as Magnolia in Show Boat (1936), directed by James Whale. Love Affair (1939) is the first of three films she made opposite Charles Boyer. She starred, and sang "Smoke Gets in Your Eyes", in the Fred Astaire-Ginger Rogers film version of the musical Roberta (1935). Dunne was apprehensive about attempting her first comedy role, as the title character in Theodora Goes Wild (1936), but discovered that she enjoyed it. She turned out to possess an aptitude for comedy, with a flair for combining the elegant and the madcap, a quality she displayed in such films as The Awful Truth (1937) and My Favorite Wife (1940), both co-starring Cary Grant. Other roles include Julie Gardiner Adams in Penny Serenade (1941), again with Grant, Anna and the King of Siam (1946) as Anna Leonowens, Lavinia Day in Life with Father (1947), and Marta Hanson in I Remember Mama (1948). In The Mudlark (1950), she was nearly unrecognizable under heavy makeup as Queen Victoria. The comedy It Grows on Trees (1952) became Dunne's last screen performance, although she remained on the lookout for suitable film scripts for years afterwards. The following year, she was the opening act on the 1953 March of Dimes showcase in New York City. While in town, she made an appearance as the mystery guest on What's My Line? She also made television performances on Ford Theatre, General Electric Theater, and the Schlitz Playhouse of Stars, continuing to act until 1962. In 1952–53, Dunne played newspaper editor Susan Armstrong in the radio program Bright Star. The syndicated 30-minute comedy-drama also starred Fred MacMurray. Dunne commented in an interview that she had lacked the "terrifying ambition" of some other actresses and said, "I drifted into acting and drifted out. Acting is not everything. Living is."