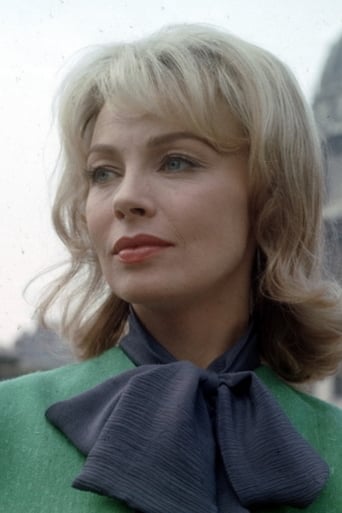 Dany Robin (born Danielle Robin, 14 April 1927 – 25 May 1995) was a French actress of the 1950s and the early 1960s who was married to fellow actor Georges Marchal. She performed with Peter Sellers in The Waltz of the Toreadors and co-starred opposite Kirk Douglas in the 1953 romantic drama Act of Love. Robin co-starred with Connie Francis, Paula Prentiss, and Janis Paige in Follow the Boys (1963). Her last leading role was the agent's wife Nicole Devereaux in Alfred Hitchcock's Topaz (1969). Hitchcock said that Robin and Claude Jade, cast as Robin's daughter, would provide the glamour in the story. She died with her husband, Michael Sullivan, during a fire in their apartment in Paris. Description above from the Wikipedia article Dany Robin, licensed under CC-BY-SA, full list of contributors on Wikipedia.